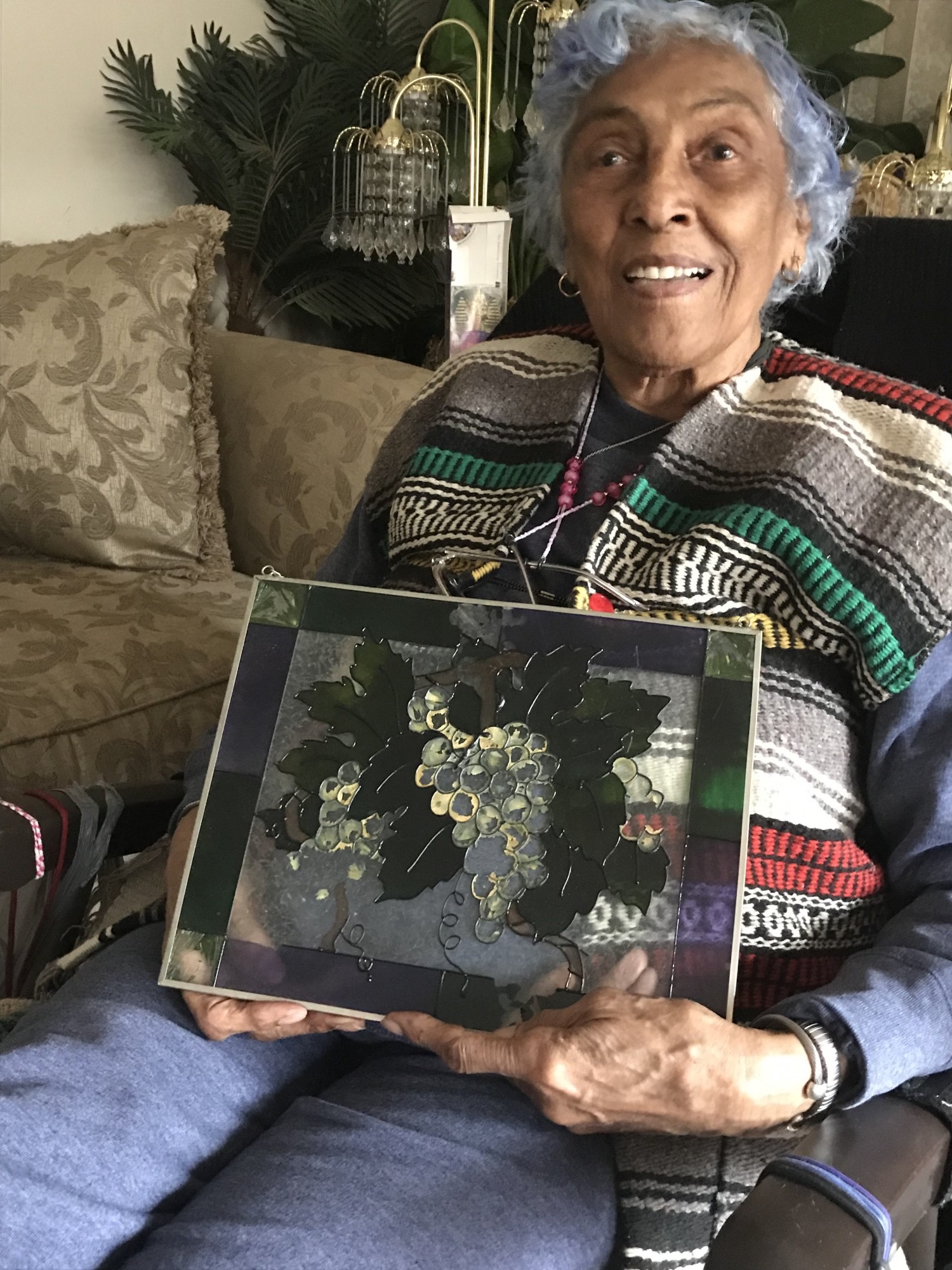 It is with a heavy heart that we announce the passing of Mrs. Rachel Terry, long-time member of the NECIC North End Elder Program, and known to many of you as our eldest Elder.

A sweet lady who brought joy to all she met, she will be sorely missed by the Elder Program members, as well as NECIC staff.

Mrs. Terry was born on Friday, August 27, 1915 to the late Sam and Annie (Mayes) Beard in Roanoke, Virginia moving to Columbus, Ohio as a toddler. While a toddler Rachel lost both of her parents in a tragic accident and after spending the early years in a children’s home Rachel was adopted by David and Blanche (Lichfield) Barnett of Columbus. Rachel was a former nurse at Harding Hospital in Columbus, retiring in 1980 after 25 years of service. After her retirement Rachel moved to St. Thomas, Virgin Islands to live with her daughter for the next 30 years where she resumed her career in nursing. After hurricane Hugo came through St. Thomas Rachel moved to California near her son. In 2015 Rachel’s daughter moved her mother to Mansfield to live out her final years. She was a member of the Order of the Eastern Star Eastern Chapter #3 in Columbus for over 85 years and The Daughters of Isis Chapter #75 attending the monthly meeting until this last month when travel became a little more difficult.

In addition to her parents Rachel was also preceded in death by her husband, grandson Mark K. “Chip” Williams; and son-in-law Arthur Andrew.

A memorial service will be held, at a later date in St. Thomas where her family will gather to give their final tributes for a life well lived.     Friends are encouraged to leave words of encouragement and comfort at www.williamsfuneralservices.com.

Her advice to us on living a long and prosperous life still stands, and we are grateful for these moments, frozen in time and shared with the world. The full article may be found here.