The North End of Mansfield has a long and storied history. What was once wilderness and farmland used for military camps during the Civil War (i.e. Camp Buckingham), The North End, like the rest of Mansfield, was completely transformed by the railroads. The railroads, attracted industry to the flats on the city’s north side, and thus began the gradual shift in Mansfield from a center of agriculture in Richland County to an industrial powerhouse for the region, as well as the nation. 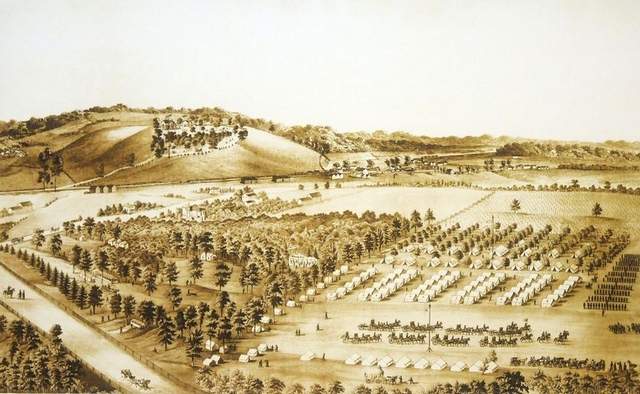 Pictured above: an artist's rendering of Camp Buckingham circa 1861/1862. This Civil War camp was located between Springmill  (pictured in the foreground, on the left), and Bowman Streets. Today, this is the site of Taylor Metal Products, including a portion of the North End neighborhood, and Johns Park. Visible in the background is the hill that is the site of Westbrook Country Club today.

As early as 1840, the Mansfield Machine Works was manufacturing steam engines, mill machinery, saws, and pumps. In the 1850’s Blymyer, Day & Co. operated the first major factory in Mansfield producing machinery, farm implements, and tools. Following the Civil War, industry in Mansfield grew exponentially; the flats became a bustling network of factories, and the people who worked in these factories began settling the surrounding neighborhoods, including the area we call the North End today. 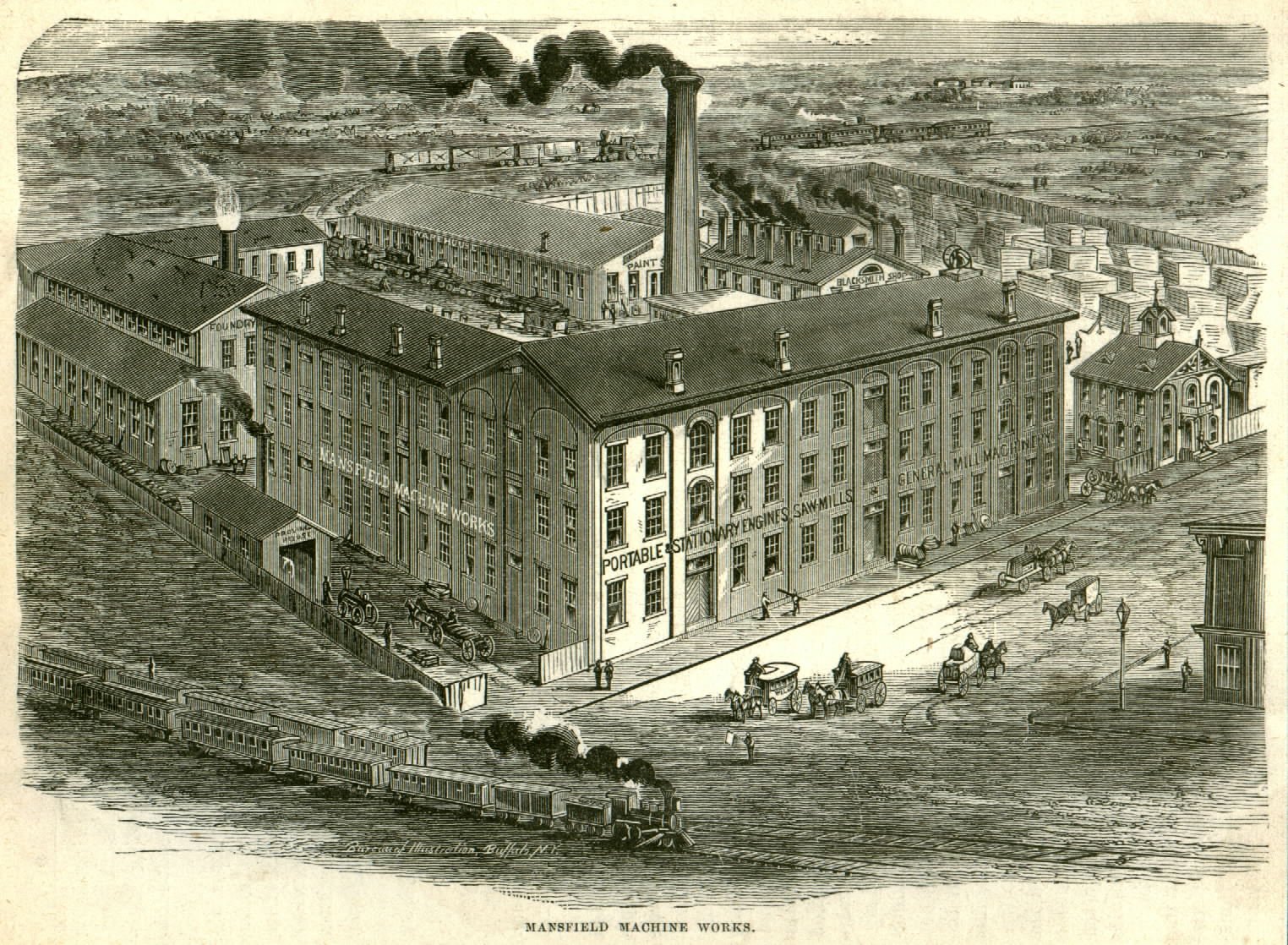 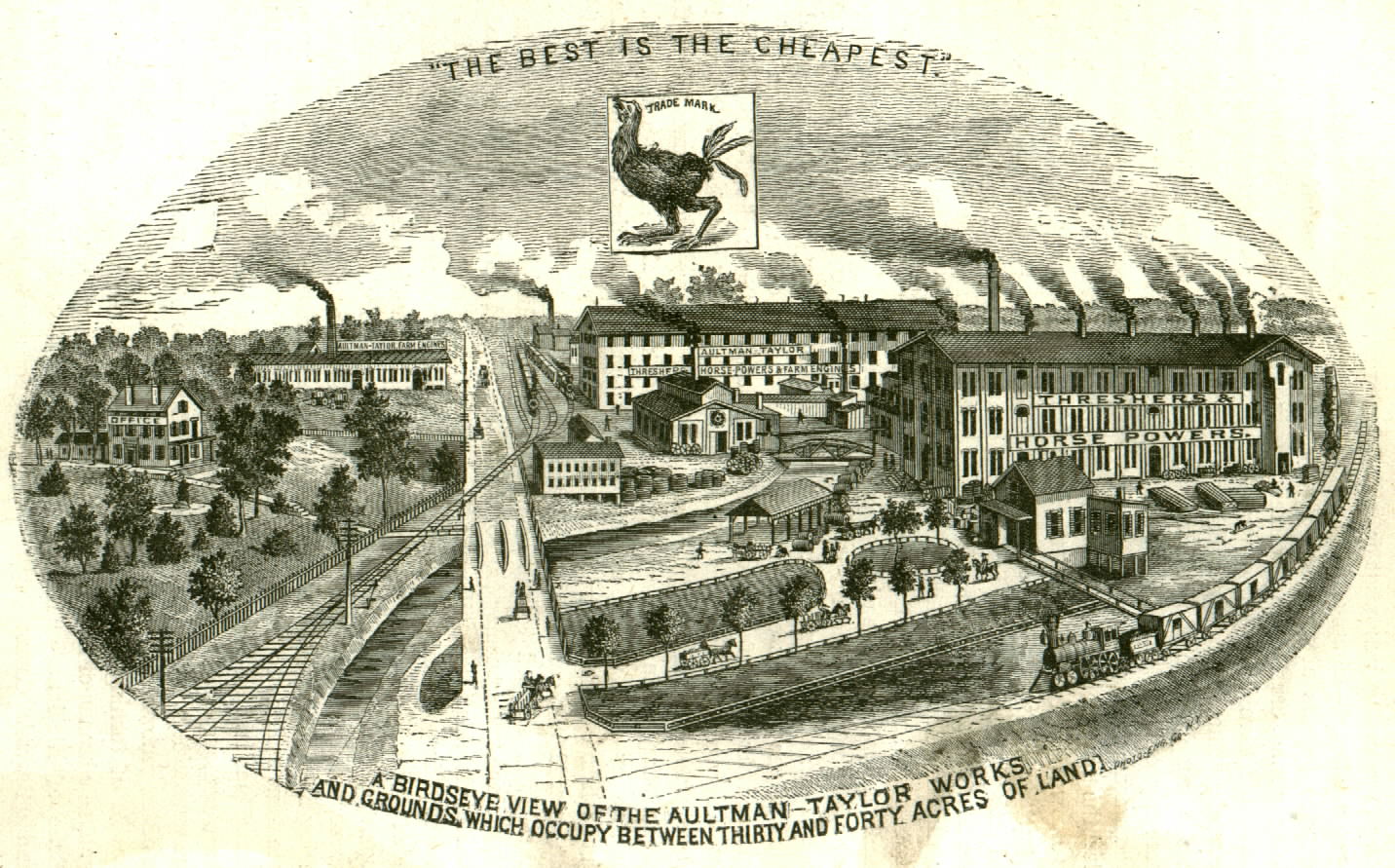 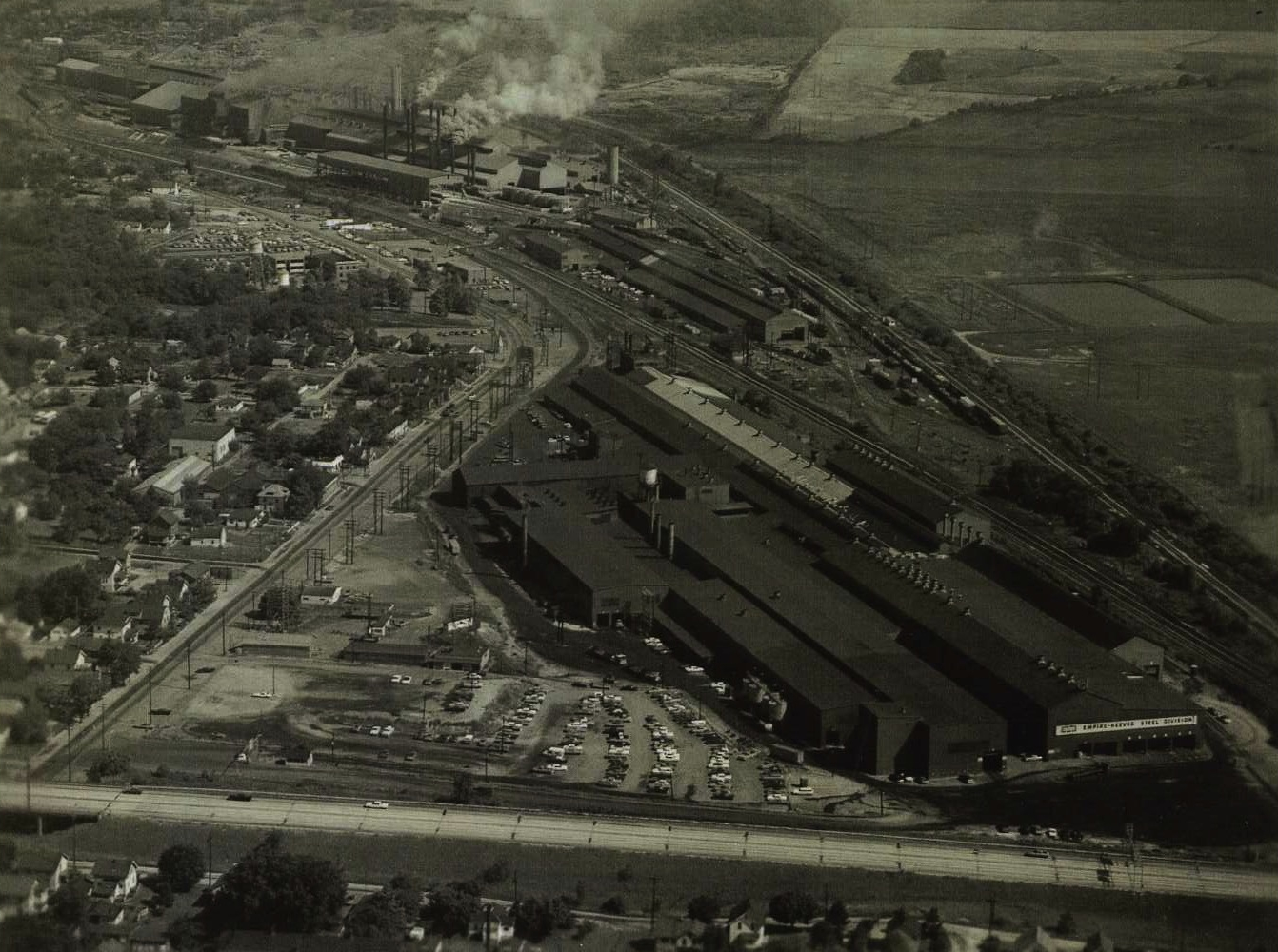 Pictured above: Empire/AK Steel Company. The steel mill was a key employer in Mansfield, and many North End residents earned their living there. The neighborhood pictured on the left (Grandview Avenue, Crystal Springs, and  Louis Street, etc) is part of the northernmost section of the North End.

Today, most of the industry has closed or moved, and Mansfield has struggled to do more with less. Less industry meant fewer jobs, and lower wages, and many of the businesses that supported industry faded with the factories. Fewer people earning living wages resulted in a decreased tax base, and consequently fewer public services. The parks system, the local school system, and the local arts community all struggled to maintain services once funded by Mansfield’s industrial wealth. The time was right for an alternative approach.

In 2006, concerned residents and leaders of Mansfield’s North End came together to address their neighborhood’s decline. The loss of jobs from closing factories, a shrinking tax base, the closing of neighborhood schools and recreational opportunities, and overall disinvestment combined to physically, financially, and spiritually devastate this community. The devastation was manifest in vacant houses and lots, an abundance of trash and blight and startling social and educational outcomes for our children. The people of this community refused to accept these conditions and The North End Community Improvement Collaborative, Inc. (NECIC) was formed as a response.

The Fran and Warren Rupp Foundation wanted to be a part of a bold solution. They were the founding financial supporters of this resident-driven initiative. Later as a part of The Richland County Foundation, they’ve continued their long-standing commitment to the neighborhood and have supported a wide range of organizations serving the North End community.

The North End Oral History Project (NEOHP) is a collaboration between NECIC and The Mansfield/Richland County Public Library (MRCPL). The primary goal of the NEOHP is to make publicly available at the library’s Sherman Room (Mansfield’s local history collection), and through the Cleveland Memory Project a collection of video and audio interviews with North End elders, recording for posterity the history of Mansfield’s North End neighborhood through the words and stories of the people who lived and worked there. The video interviews are then supplemented with historical photographs for effect, visually tying together the subject’s words with images from the time period being discussed. These videos will then be available as primary source materials for future historical reference.

The following video was created by local Historian, Timothy Brian McKee and offers a unique look at the history of North Lake Park.

The following photos, provided courtesy of the Mansfield/Richland County Public Library's Sherman Room for local History, offer a glimpse into the North End of yesterday. 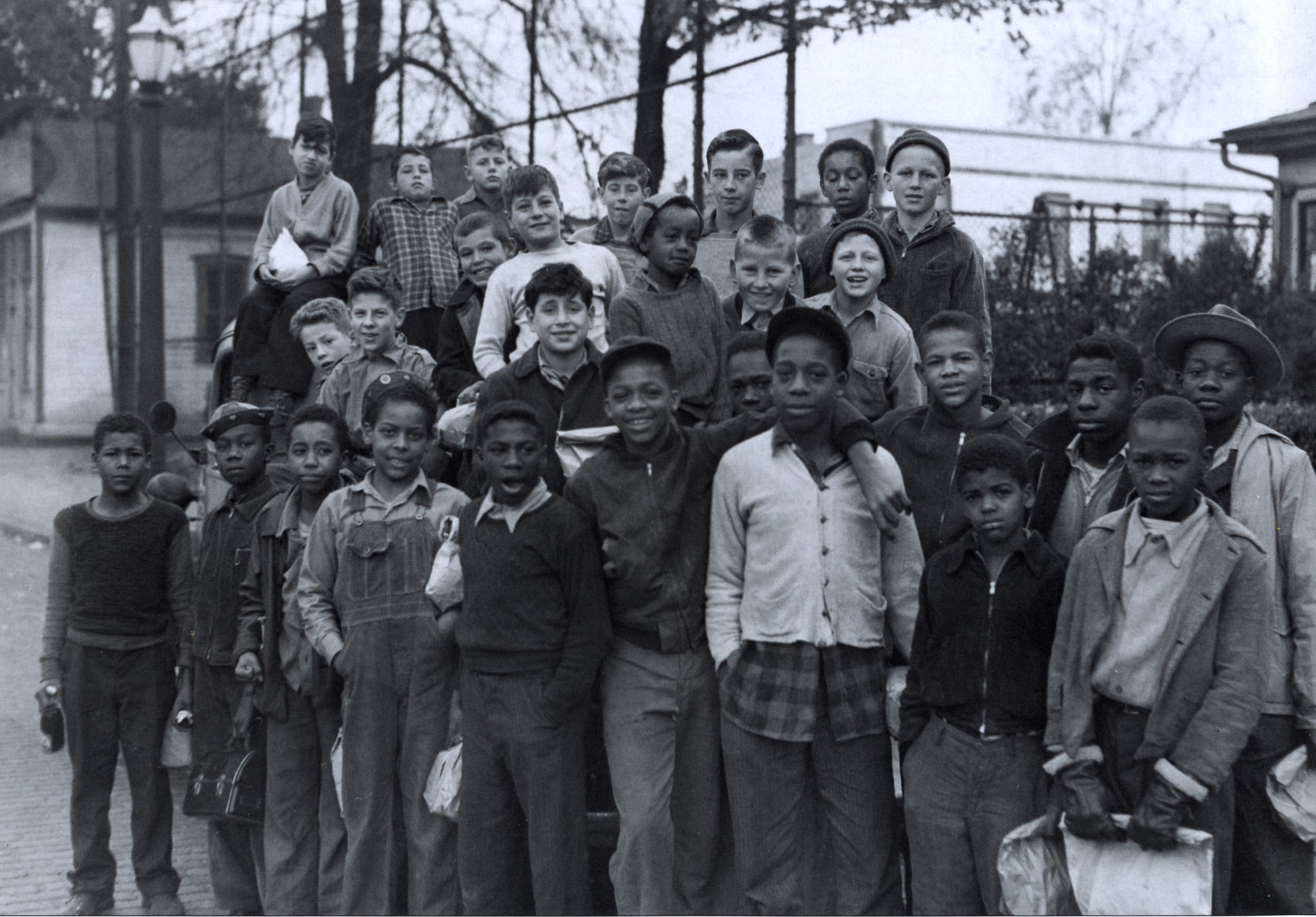 Pictured above: a group of youths pose for a photo outside the Friendly House. 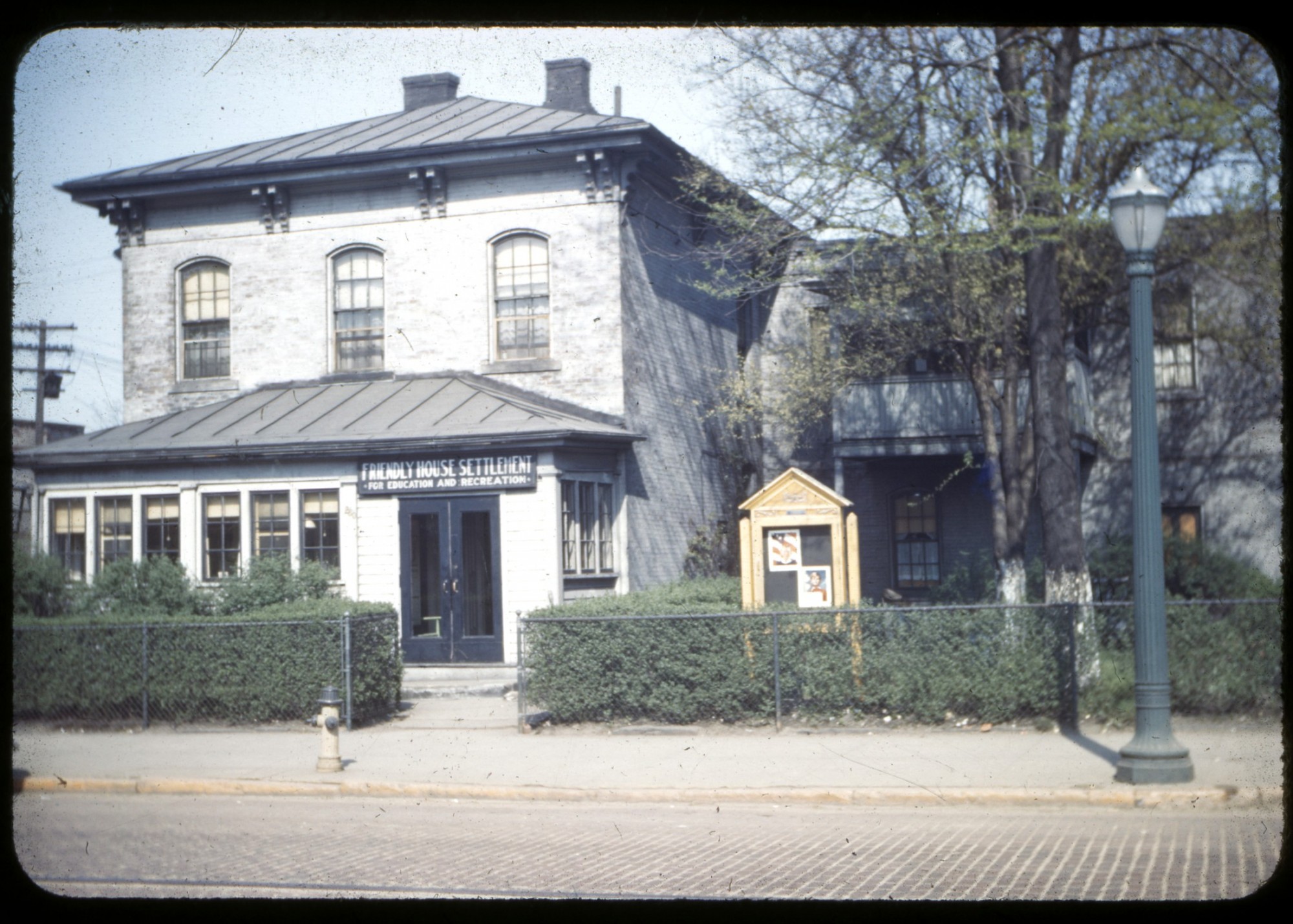 Pictured above: The Friendly House in its original location on North Main Street. 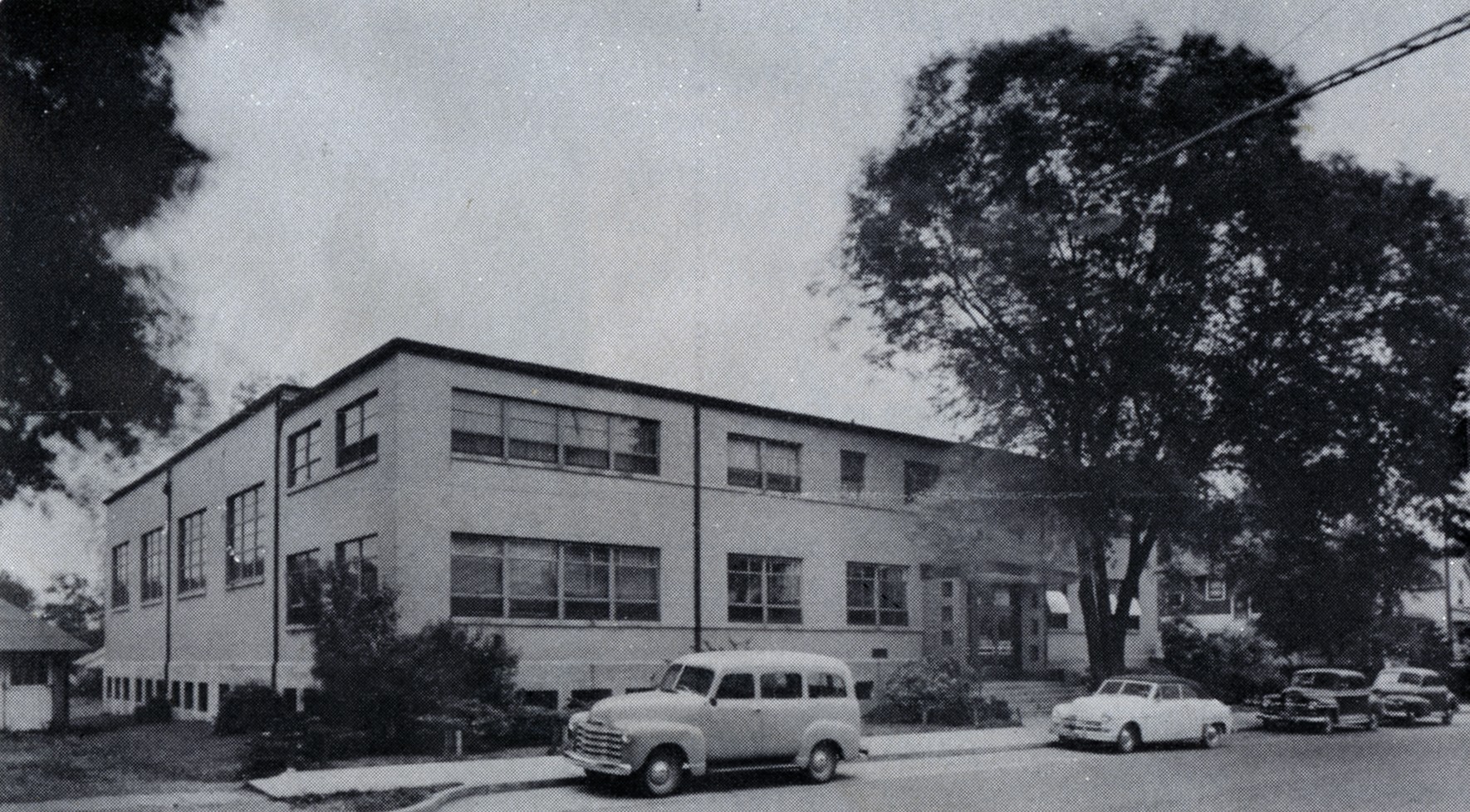 Pictured above: The Friendly House circa 1965 in its current location on North Mulberry Street.

Following the buildings closure as a school it became the MOIC building only to be renamed the Ocie Hill Neighborhood Center following Mr. Hill’s death in 1997. Ocie Hill (picture below) was a prominent member of Mansfield’s African American community and was among other things the first African American elected to Mansfield’s City Council where he served an unprecedented fifteen terms 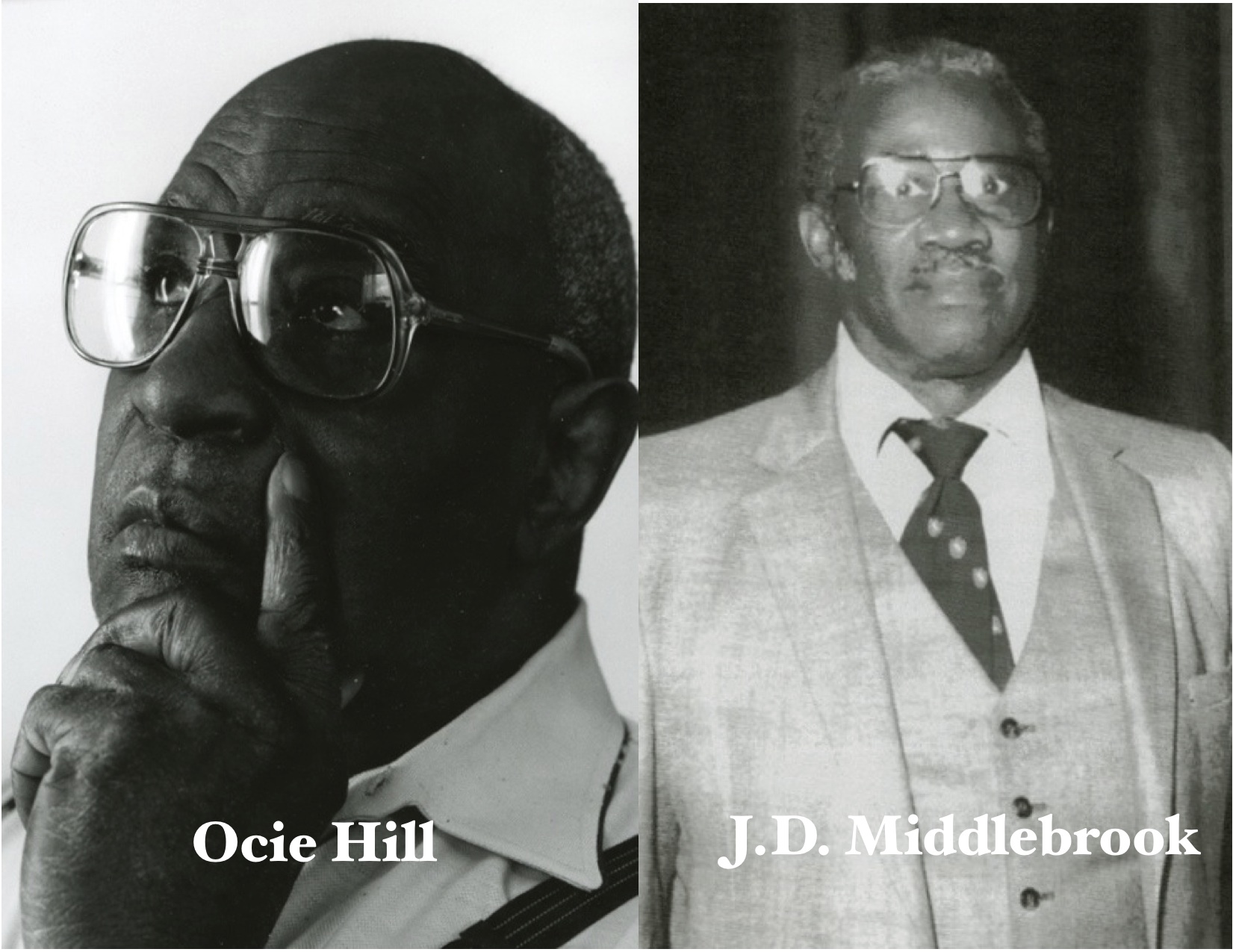 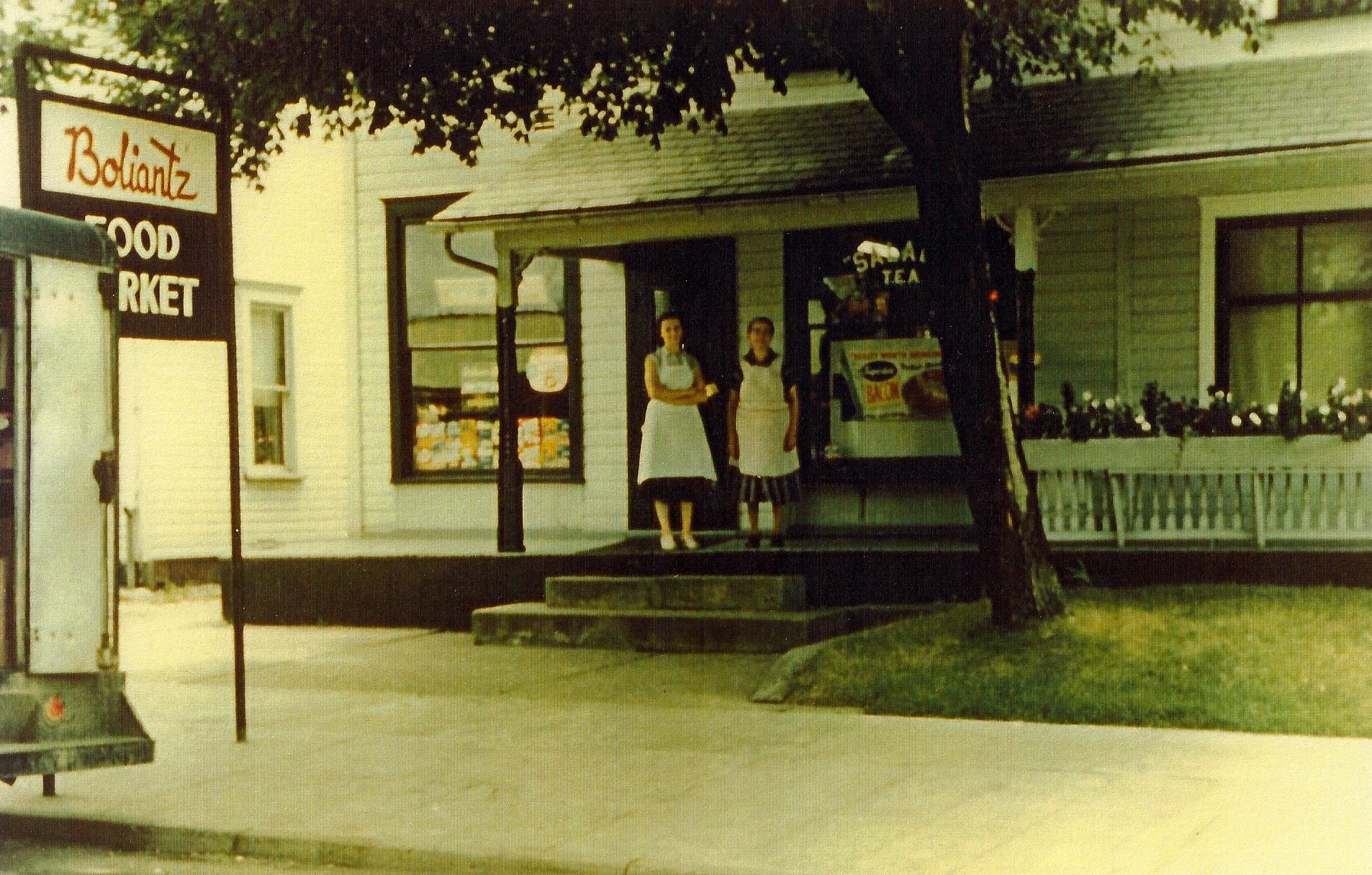 Pictured above: Esther and Margret Boliantz proprietors of Boliantz Food Market on Harker Street. In the days before supermarkets, and big box retail stores, the North End, like many neighborhoods, had numerous small, family owned and operated markets, restaurants, and retail shops. (Photo courtesy of Ms. Esther Boliantz and family). 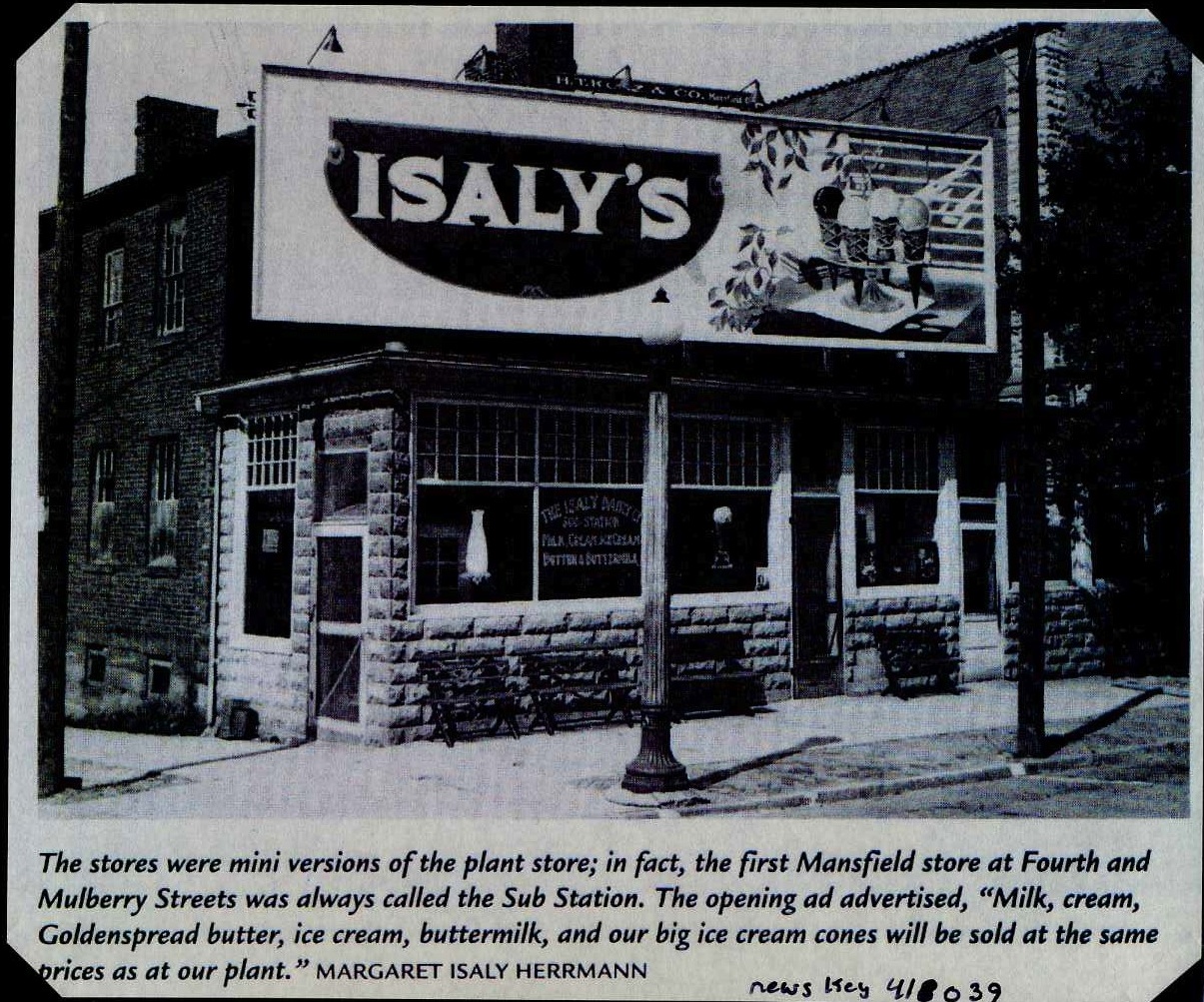 Pictured above: Isaly's Dairy Store at West Fourth and Mulberry Streets on the North End. 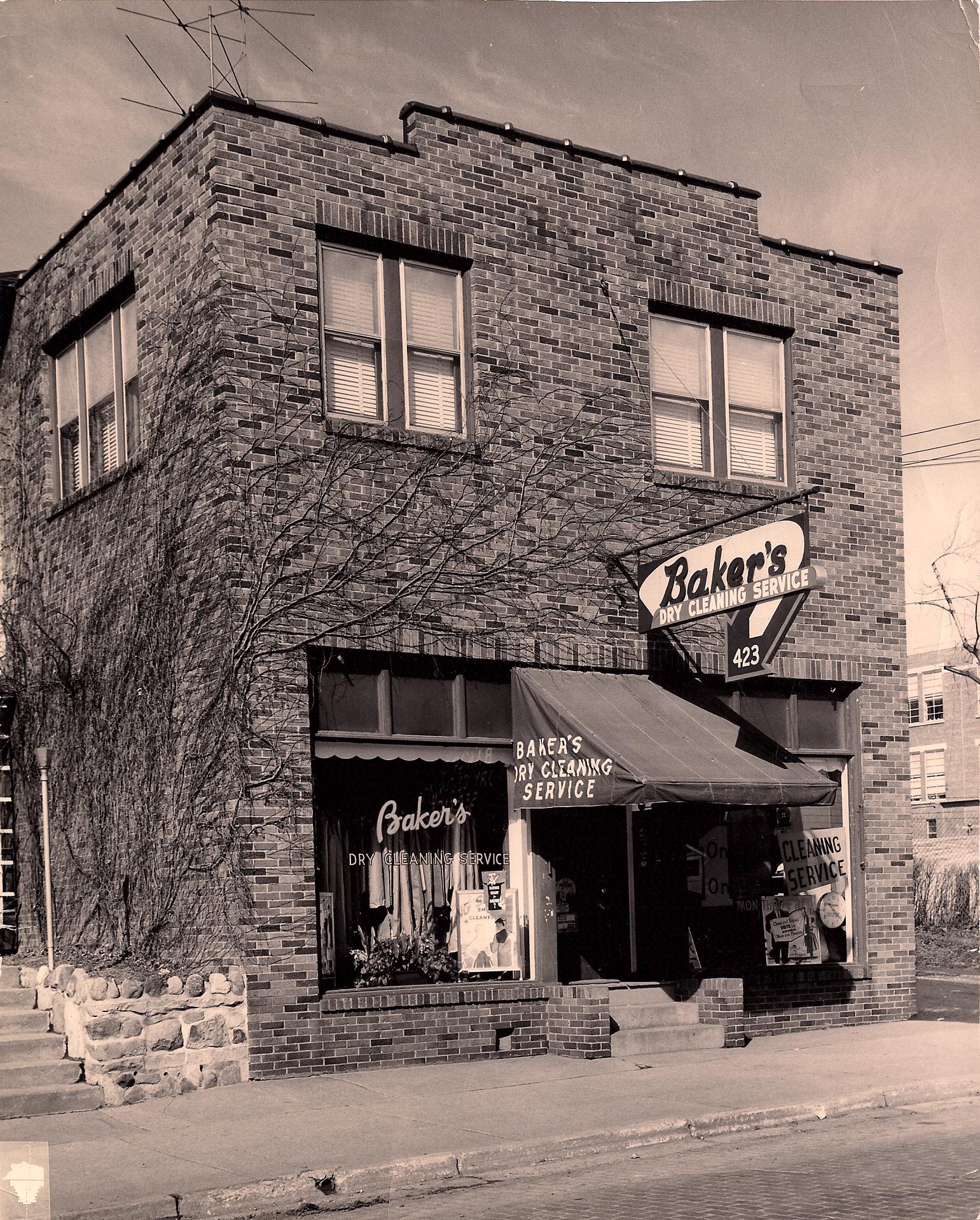 Pictured above: Baker's Dry Cleaning Service on Bowman Street, situated just south of what is today the Ocie Hill Neighborhood Center, which is visible in the background. (Photo courtesy of Mrs. Chris Carr). 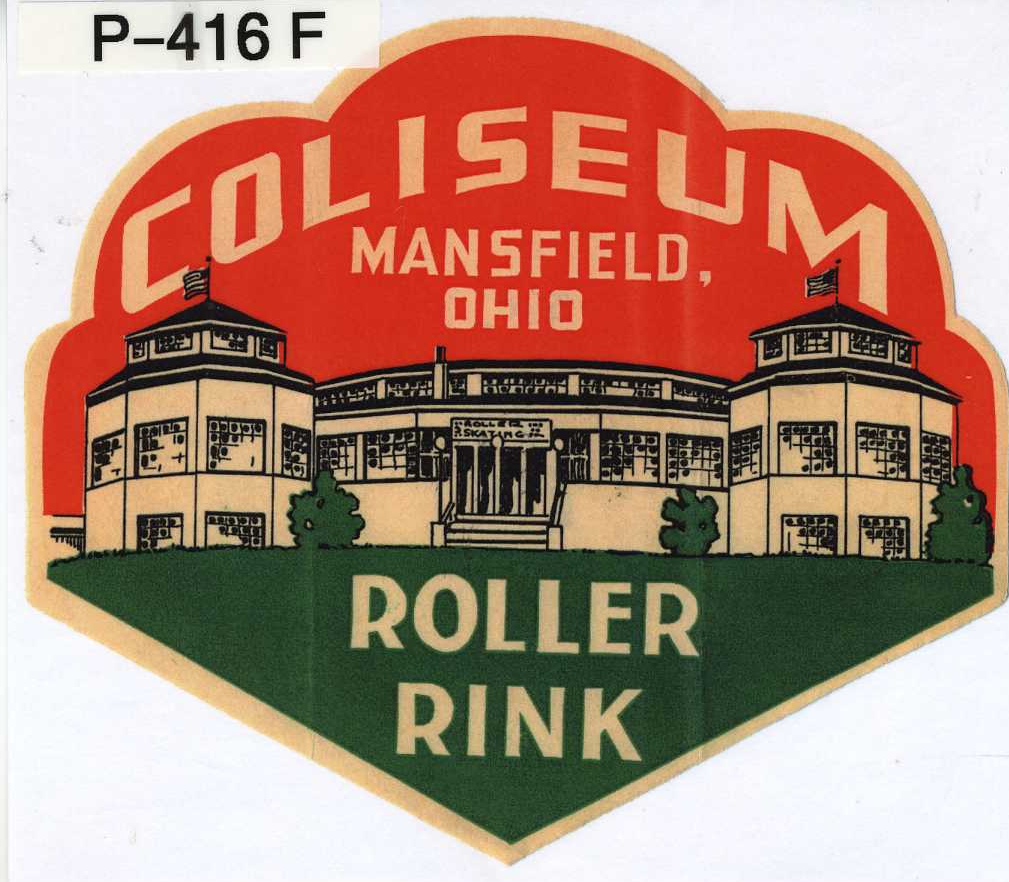 Pictured above: promotional image for the Coliseum Roller Rink, a recreational hot spot for generations of Mansfield residents. Today the site is a patch of elevated, vacant land on the west side of North Lake Park. Through the years, many structures occupied the site where the coliseum was located including: a roller coaster, a "Casino" (theatre), and two different roller rinks, both of which burnt down. 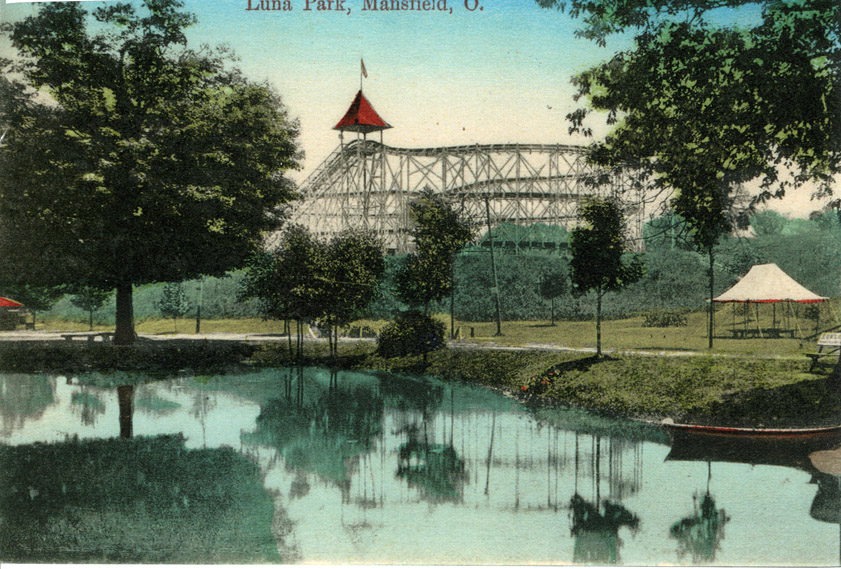 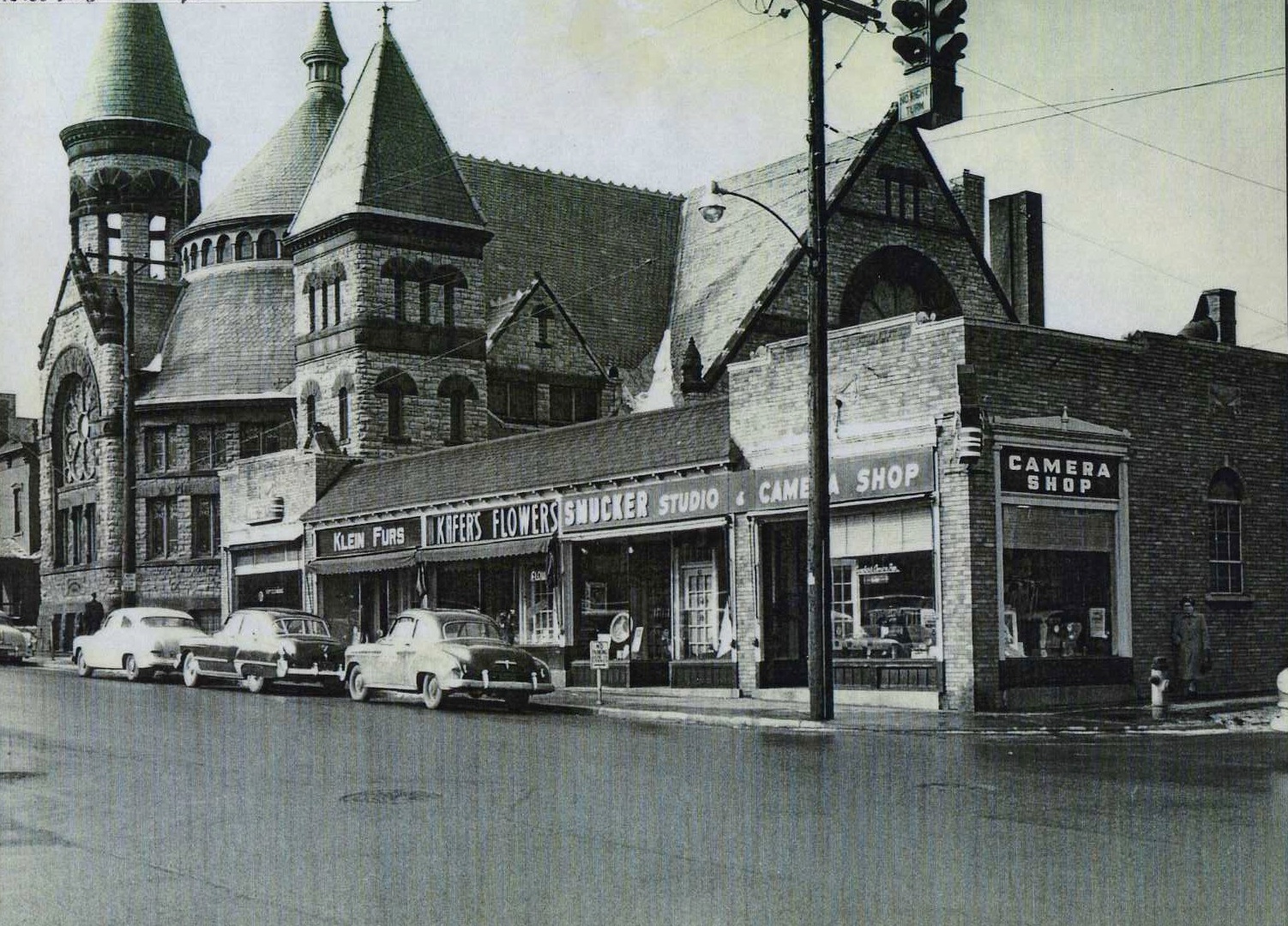 Pictured above: North Mulberry Street circa 1955. 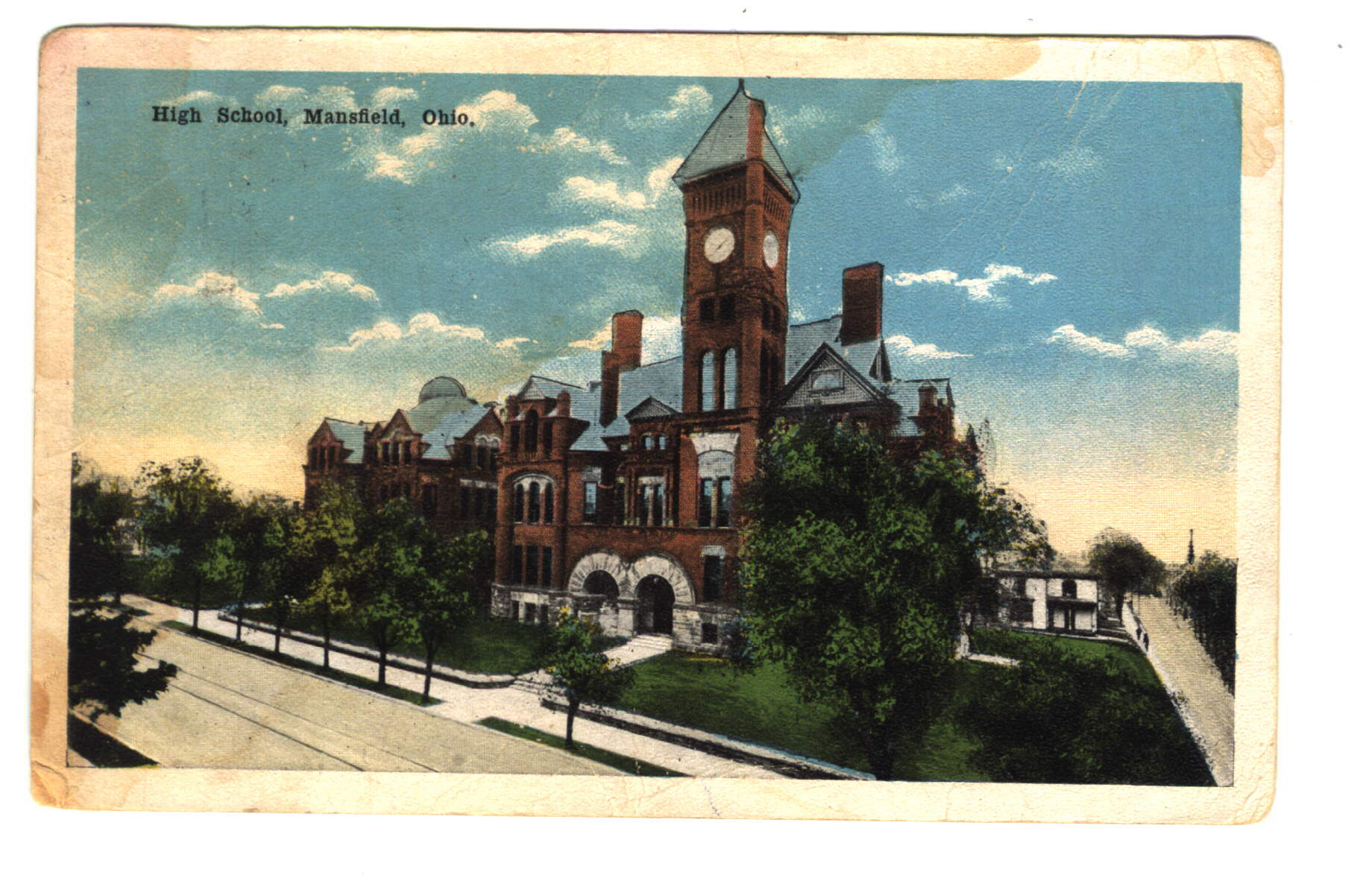 Pictured above: artists rendering of Mansfield High School at the corner of Bowman and West Fourth Street. This would later be the site of John Simpson Middle School that was demolished in 2014. 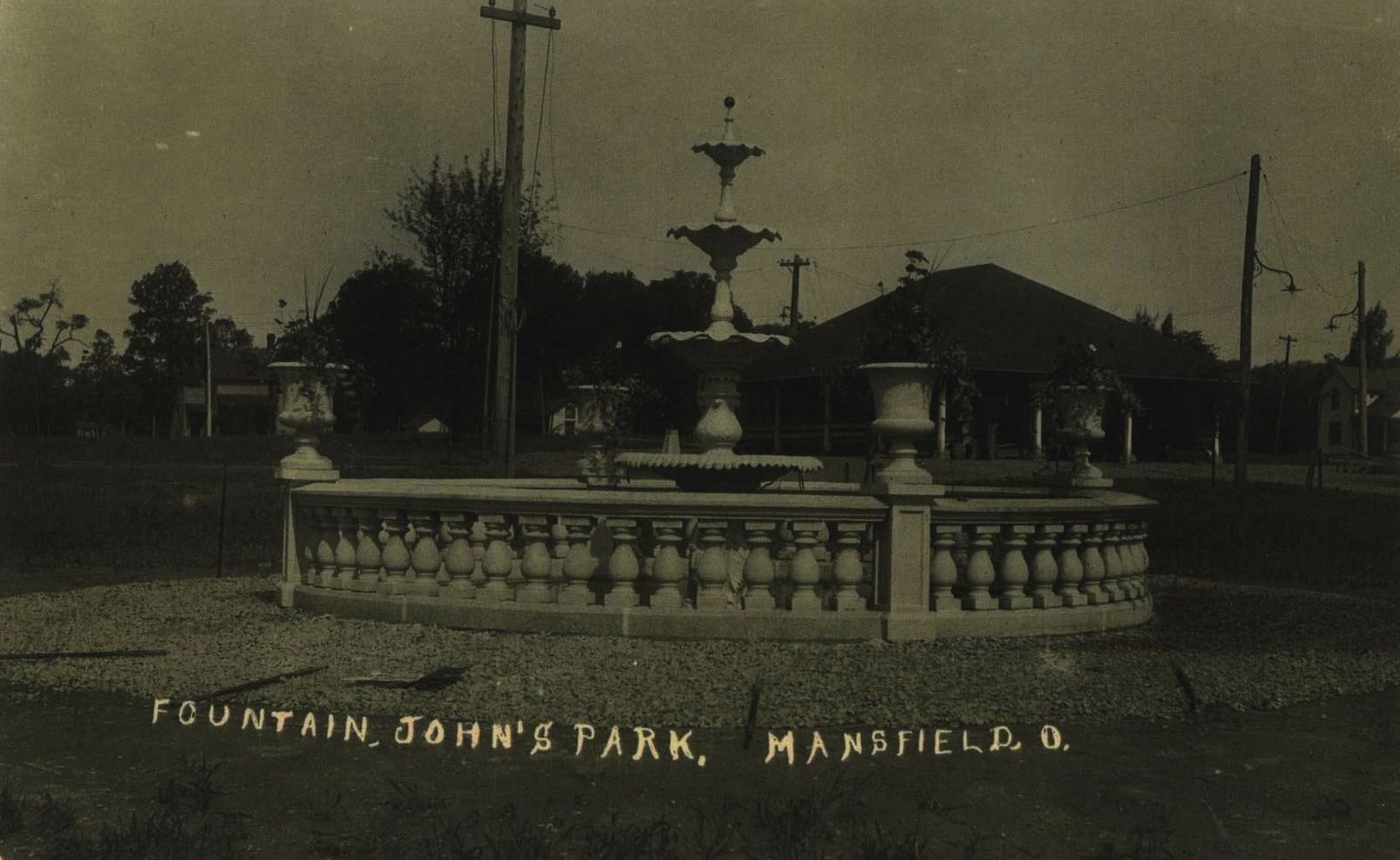 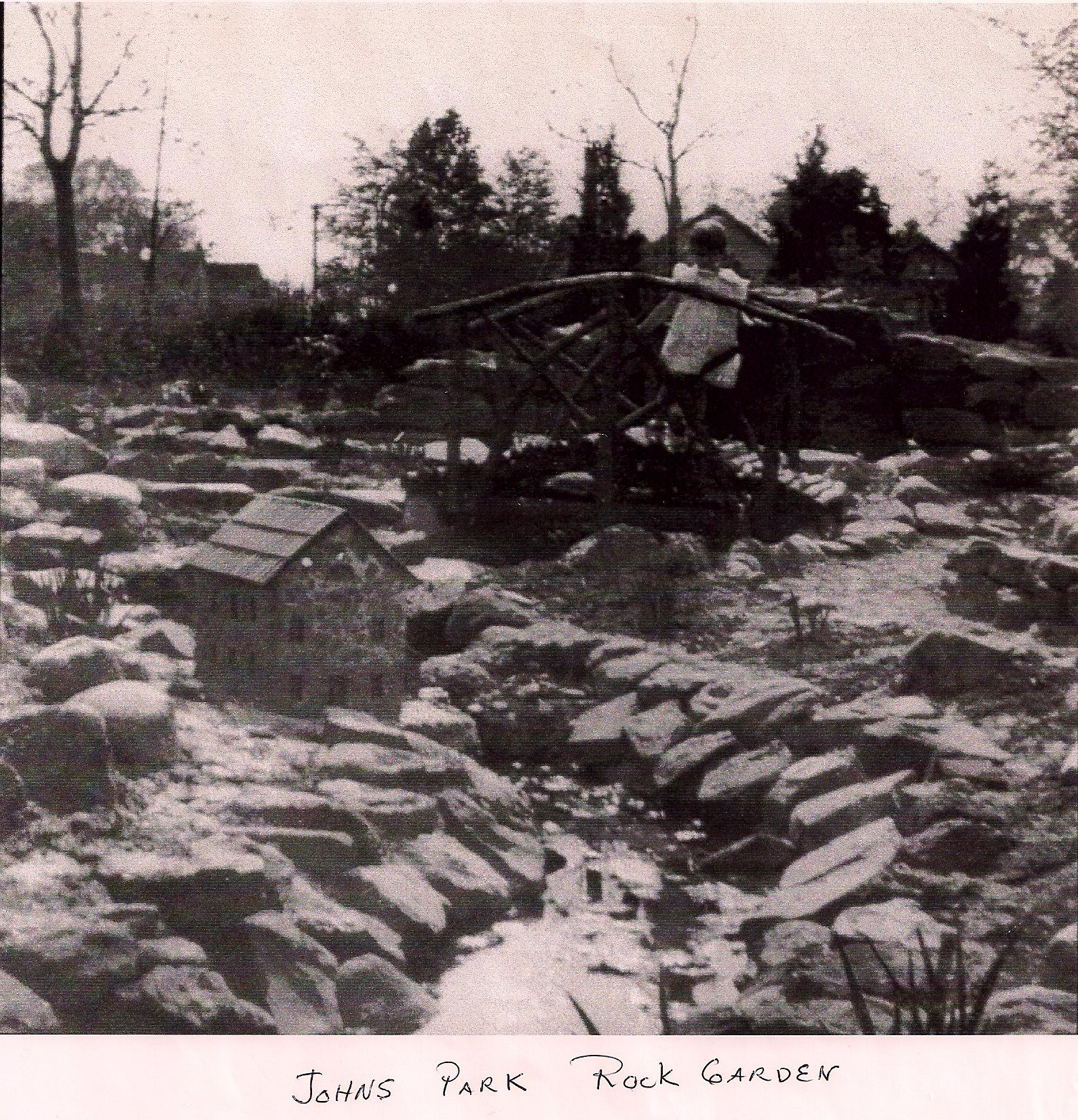 Pictured above: rock garden and stream formerly located in Johns Park. According to Mrs. Chris Carr, the garden was maintained by a gentleman that lived near the park.(Photo courtesy of Mrs. Chris Carr).