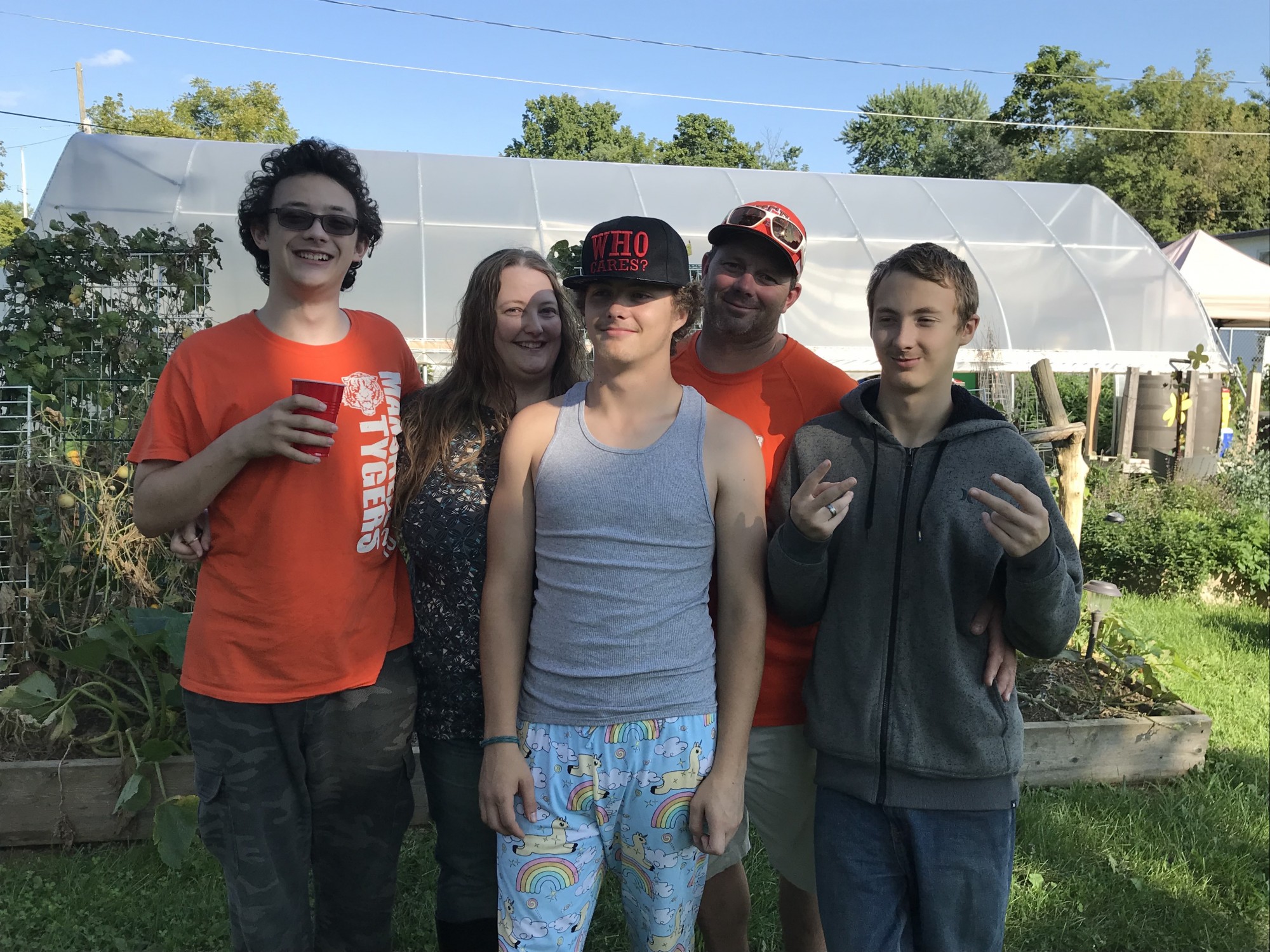 Our first North End Resident Spotlight focuses on a family that has been much-involved in their community and NECIC – The Hunter Family.

Melissa and Kevin Hunter, both North End natives, are the proud parents of 4 boys: Tim, 21; twins Brayden and Preston, 16; and Dylan, 14. The younger three attend Mansfield Senior High, where Preston has lettered in swimming, and Brayden has lettered in wrestling and golf. Dylan says he is a strong supporter of the football team, and enjoys attending the games, but he prefers extreme sports such as snowboarding and skateboarding over the more traditional school sports.

Kevin and Melissa are both North End natives, with Kevin growing up on Springmill, near Harker, and Melissa living on McPherson. “We were this close all our lives and didn’t meet until I was 15,” said Melissa. They’ve been best friends ever since, and eventually married, recently celebrating their 17th anniversary. Kevin is a paraprofessional at Malabar School, coaches high school football, and serves as team equipment manager, and Melissa is event editor at MyMidOhio.com. Both are devoted parents and strong supporters of the North End.

After living in Florida for a while, they returned to the area ten years ago, back to McPherson. In fact, the home they now live in belonged to Melissa’s grandmother. “Some of my earliest memories are in that house,” recalled Melissa fondly. “It’s nice that the kids get to grow up in the same neighborhood that I did, and experience the seasons as they could never have in Florida.”

“Since we’ve been back here, we’ve seen more positive changes. The things offered in the community are bringing more people together to make a change for the better,” said Melissa.

The Hunters have been very involved with NECIC, with the boys taking part in many of the activities offered.

The three youngest boys are active in the Blust Avenue Teaching Garden’s Green Peoplez Youth Garden Club, with Brayden being one of the founding youth. He even helped choose the name. Preston and Dylan later joined in, and all three quickly became regulars at all garden events, including the NECIC North End Farmers’ Market, where they serve as youth interns, assisting vendors in loading and unloading, and offering a helping hand to customers. The boys not only worked to grow produce at the garden, but they also sold the vegetables they grew at the NECIC North End Elder Program, even volunteering to help serve lunch and interact with the Elders...and maybe photobomb a few shots. 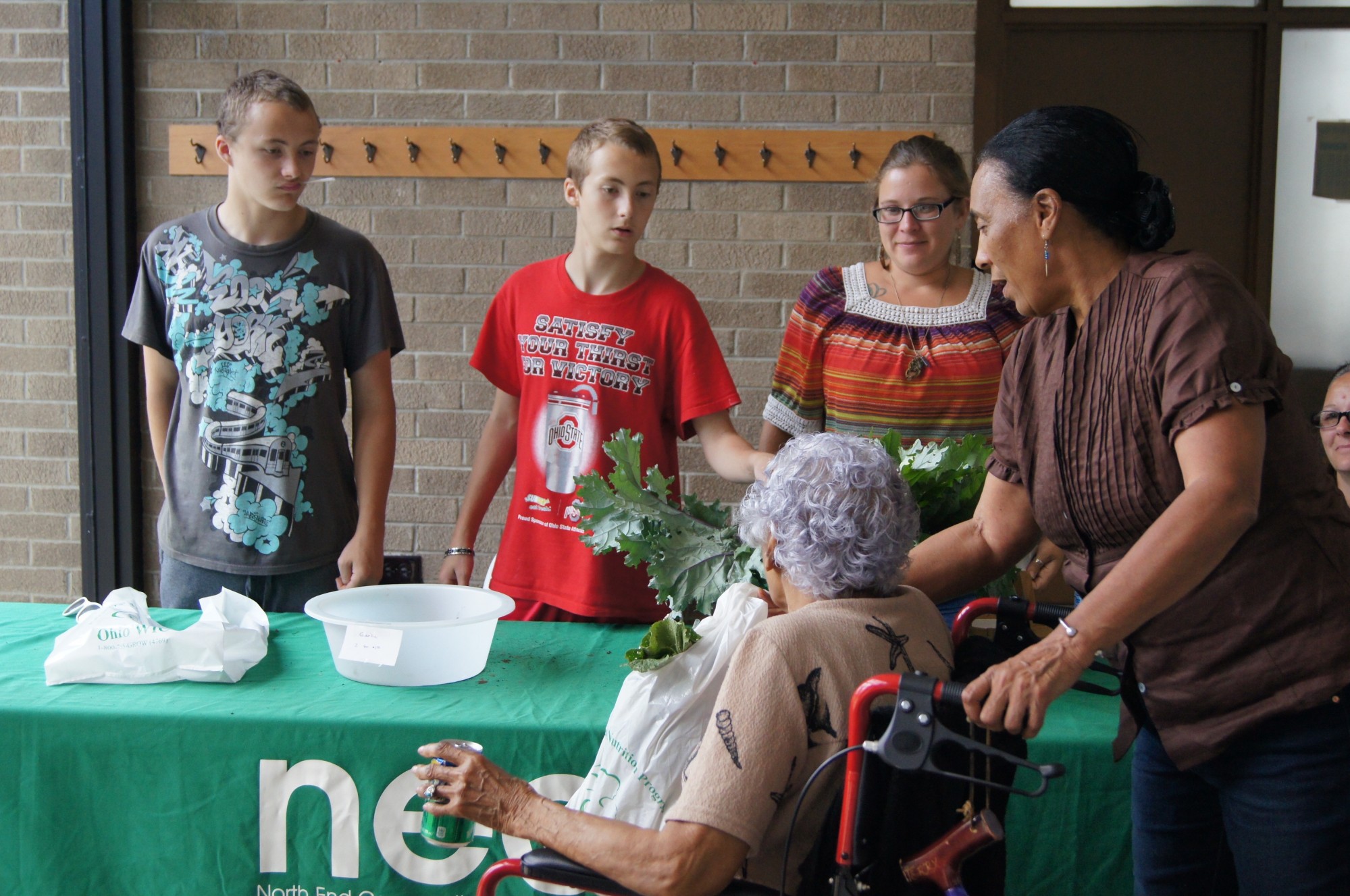 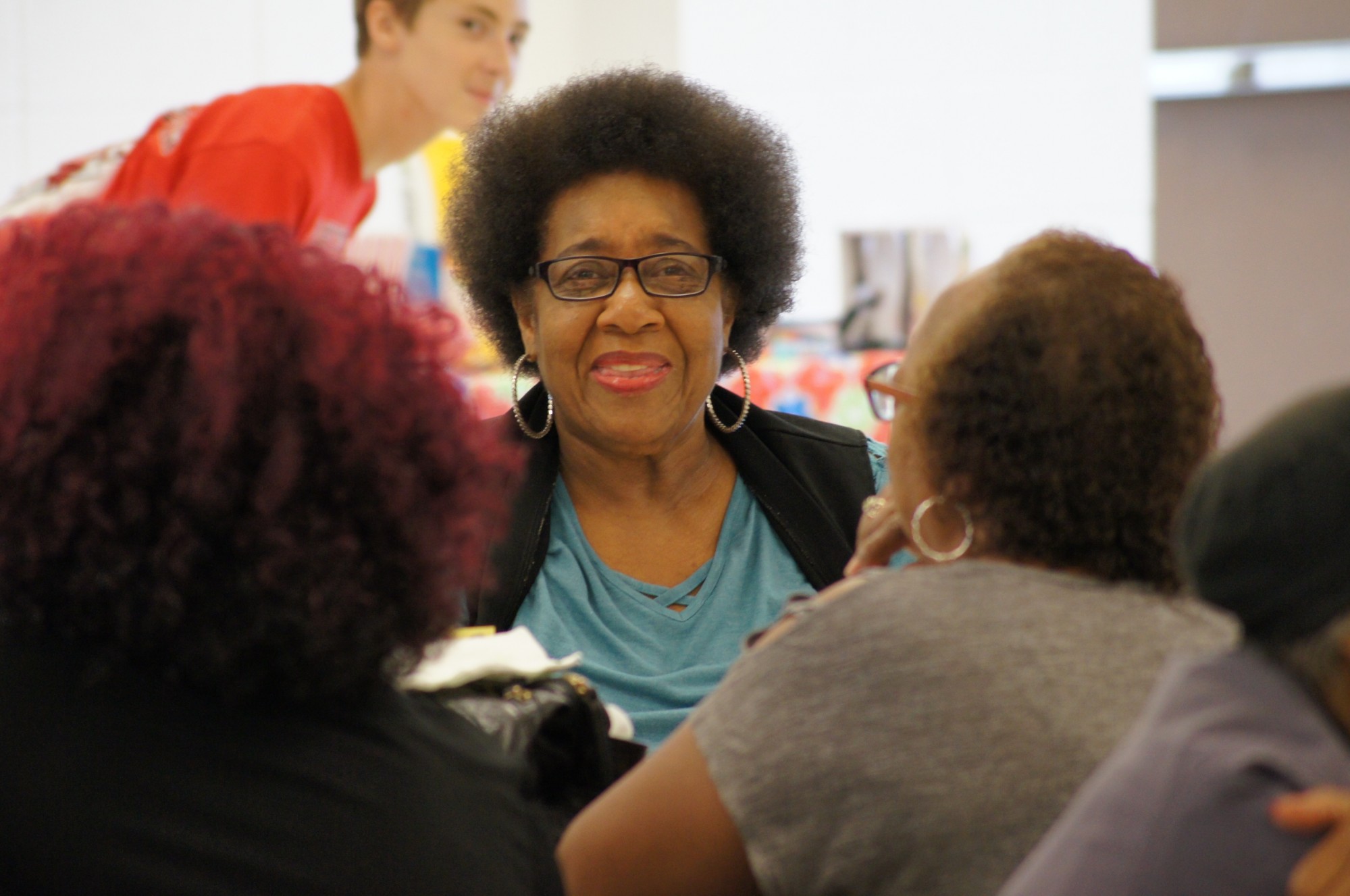 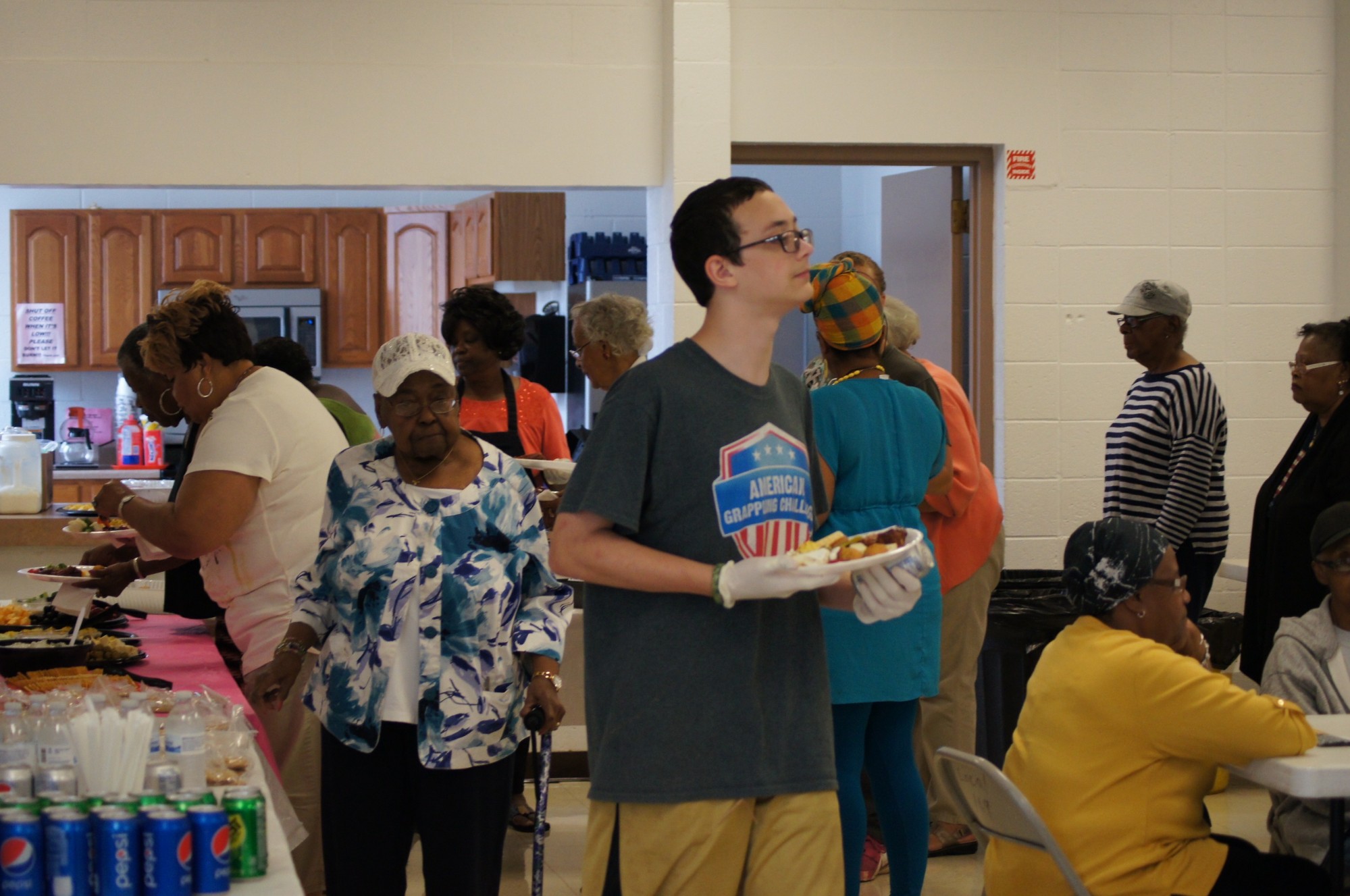 They also participate in the Youth Native Plants Club, led by Jim Kulig of the Mansfield Men’s Garden Club. He encouraged the entire group to participate in the Harvest Show at Kingwood, where they won multiple awards. And speaking of awards, thanks to the assistance of Mr. Kulig, the boys, along with Julia Parks, helped prepare the garden for Mansfield In Bloom, and accepted an award on behalf of the garden for their efforts. 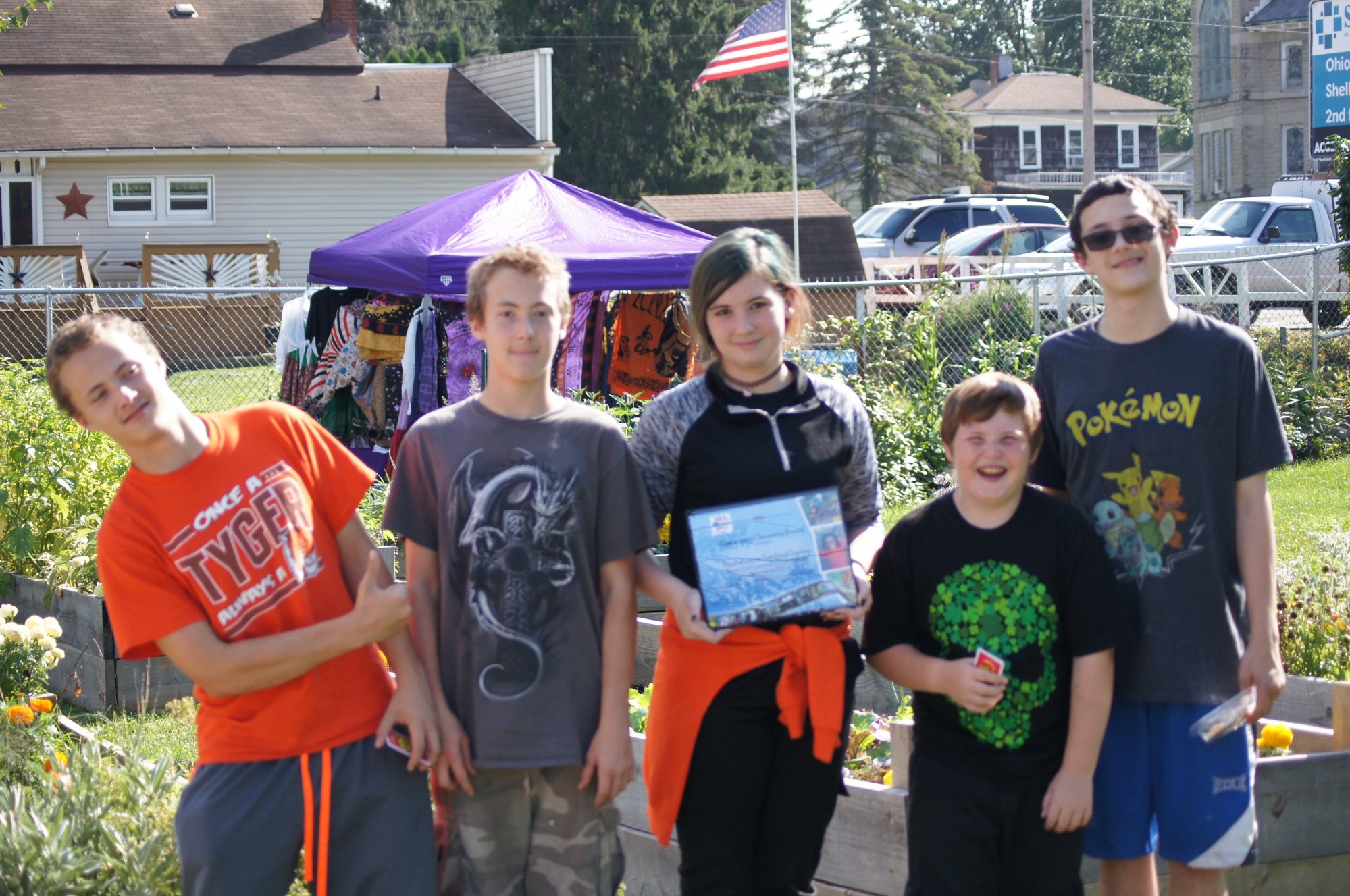 The boys also take part in the ROAR program (Real Opportunities for Achievement and Readiness), a partnership with NECIC, Mansfield City Schools, and a host of community partners and residents. From cooking to camping to community cleanups, you can count on the Hunter boys being there. 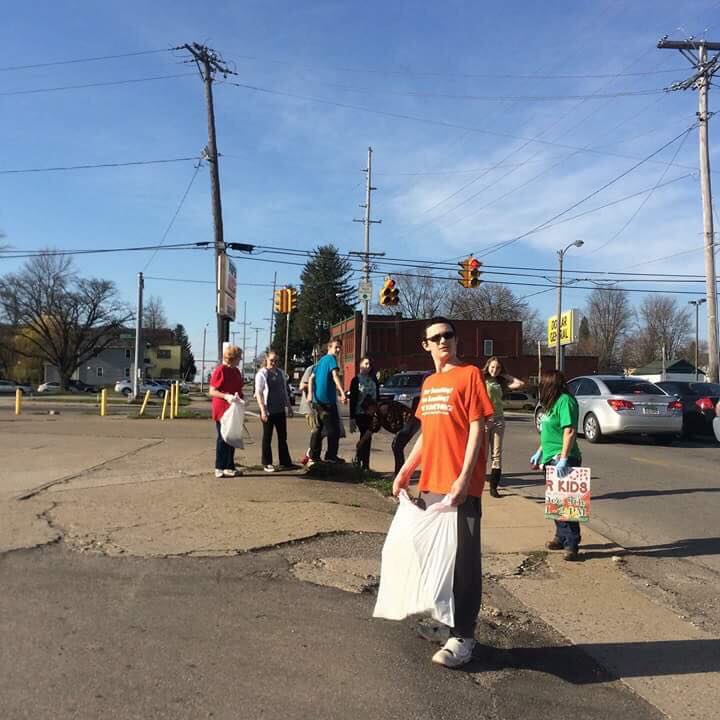 “There are a lot of great things happening in the North End,” said Melissa. “The community coming together is making all the difference.”

She noted the renovations of the former EB Market are exciting to the neighborhood, as well as the blight removal by the Richland County Land Bank. “People are starting to take more pride in their property and interacting more with their neighbors,” she added.

Kevin agreed, “It would be nice to have all the houses filled. But with them empty, some beyond repair, it’s great to see them torn down and the land repurposed. That is helping to bring the community together. I think as people see the area cleaned up, it brings them a sense of pride."

Melissa said she enjoys the projects NECIC facilitates. “We love the farmers’ market, and it’s neat to see the community gardens popping up all over, I think that’s a great idea.”

Are you a North End resident that would like to be featured in future articles? Or maybe you know a family that just makes you smile and you want to share their joy with the rest of the neighborhood? Then contact us at admin@necic-ohio.org. 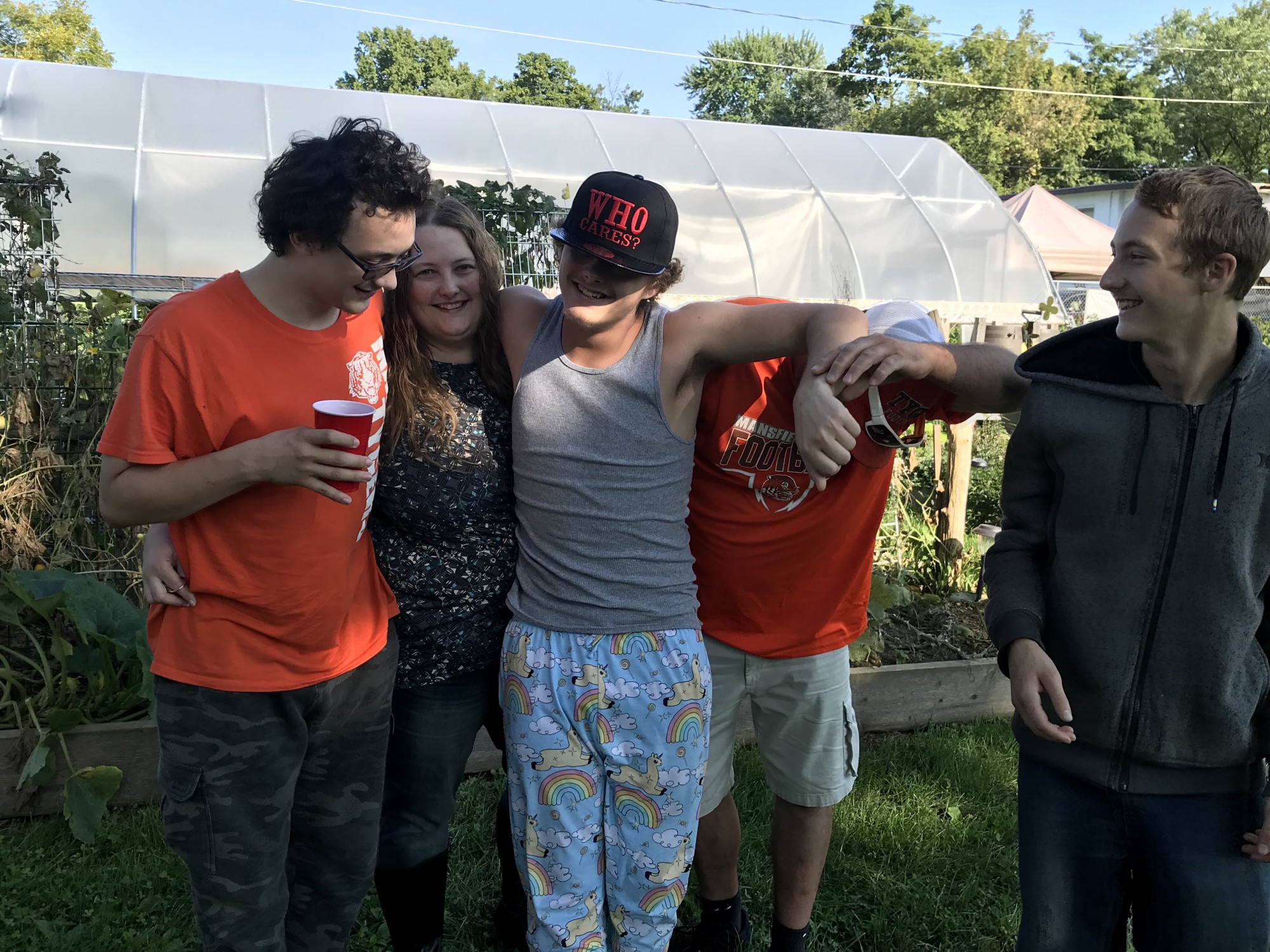 A note from the author:

The family is close-knit, with much love and laughter in their interactions. Visiting with them for the interview was fun, and I left with my cheeks aching from smiling. I’ve enjoyed watching these children grow into young men during my time at NECIC, and I know they will truly make a difference in every life they touch.